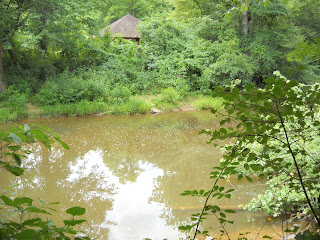 “Edges of the Lord” (“Boze Skrawki”, from Miramax and Millennium Films in 2001, directed by Yurek Bogayevicz , is another film from that “studio” giving us an inside look at life in Nazi territory during WWII (like “The Boy in the Striped Pajamas”). This time, the setting is Krakow, Poland, near the site of Auschwitz, which I would visit in May 1999.

A Jewish family hides its son Romek (Haley Joel Osment) and then turns him over to a local priest (Willem Dafoe), who gradually converts him with catechism. Eventually Romek falls into suspicion, is beaten and thrown into a lake, but manages to swim out, and then is impressed into confiscating stuff from his own people as they get sent off to the trains.

The film demonstrates the mindset of Nazism and the subjects. In one scene, a boy is shot so he cannot have sons because of what his father did. There is a fake crucifixion, and another scene involving the wearing of thorns.

There's a clever scene with the kids igniting the methane emissions of a pig.  It works!

The Miramax site for the film is here.

I loved this movie and I'm going to Krakow soon, I want to know exactly where it's filmed but I can't find anywhere that will tell me.