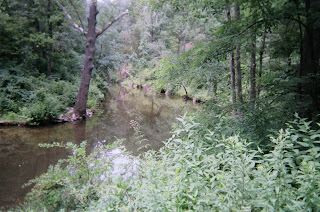 The most interesting section of Jan Kounen's “Coco Chanel & Igor Stravinsky” is the opening half hour or so, where the “disastrous” 1913 premier of “Le Sacre du Printimps” (“The Rite of Spring”) is largely recreated.

The highly motif-driven music comes at you in Dolby Digital and makes perfect sense to a modern ear. Having seen “Inception” a couple days ago and been taken in by Hans Zimmer’s expressionistic score, I was taken in here by the different “kinds” of modernism. Stravinsky seems less emotional to me than anything in the post-Mahler Viennese world (including Schoenberg and Berg, whose music Zimmer’s often resembled). It is closer to impressionism (seasoned with polytonality) than post-romanticism, appropriate for music with a debut in Paris. But even that doesn’t characterize it. (Stravinsky would soon be regarded as a “neoclassicist” and eventually get into a kind of antiseptic serialism.) You simply experience the music on its own terms. And then you experience the dancers. It may be a bit like disco today.

The audience, of course, is highly offended, with catcalls and a near riot inviting the police.

Stravinsky (Mads Mikkelsen), with a wife (Yalena Morozova) fighting tuberculosis, and four kids, finds himself and family in the streets, when in 1920 Coco Chanel (Anna Mouglalis) invites the family to live in her “modern” estate, where the rest of the movie takes place. There will occur love rectangles, some of them steamy enough for an R rating, but also interesting cultural developments, as the introduction of DIagilev (Gregory Manukov).

As Stravinsky’s “relationship” with Coco matures, he realizes she is not an artist like him, but more like a business host.

Finally, after their falling out, Coco funds a second, and successful “premier” of “The Rite of Spring.”

The website for the film is here  (Sony Pictures Classics).  The film is in French (sometimes Russian) with subtitles.

To my ear, “The Rite of Spring” does sound a lot less “emotional” than the earlier “Firebird”, the lush closing passage of which is sometimes performed in discos.
Posted by Bill Boushka at 3:05 PM