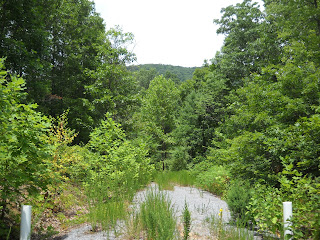 When parents have kids (particularly in marriage) they have a lot of power to set up mandatory relationships between siblings, who care for each other despite the fact that they did not do anything to “choose” the relationships; their parents did. They will only earn the same pass-along power by procreating themselves.

So, we come to the new film “Charlie St. Cloud” from Universal and Relativity Media, and Burr Steers.

Now Zac Efron, saying he’s trying to become a “real actor”, seems like an awfully nice AP high school senior about to get a sailing scholarship to Stanford. He is wonderfully protective of his little brother Sam (Charlie Tahan), and his single (not by choice) mom (Kim Basinger) works double shifts raising them along the Oregon Coast; when she’s out at night, Charlie has to do “Sam nights” babysitting.

So one of these nights Charlie takes him in the car, and they get rear-ended by a drunk driver, and knocked into the path of an oncoming truck. Sam is killed instantly, and Charlie flatlines, but is brought back. I didn’t know that a defibrillator (recently demonstrated on ABC GMA) could leave such scars.

Charlie can’t get out of his grief, and doesn’t go to Stanford, and instead works in the cemetery. He plays catch in the Oregon piney woods with a ghost of Sam (rather recalling Patrick Swayze’s movie “Ghost”). There are a couple ways the story can go. This can all an Inception – a dream (of the “Jacob’s Ladder” kind), or Charlie can get a chance to redeem himself. He meets fellow classmate and now sailor Tess (Amanda Crew) and the story takes off. Augustus Prew plays a nice Brit sidekick.

The film was made around Vancouver, BC; but some of the coastal scenery looks a bit artificial, almost as if on another planet. Back in the early 1970s, I had a good friend who raced sailboats.  I do recall the Tall Ships in New York City om 1976.