"An American Dream": a forgotten classic based on a funky Norman Mailer novel; Netflix and Relativity make deal 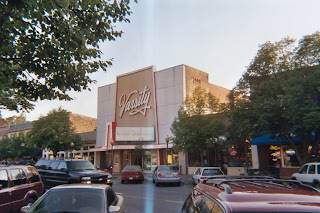 My first semester as a graduate student in Lawrence, Kansas in 1966, I missed a film called “An American Dream” that seemed to disappear into the woodwork. It still does not appear to have a DVD, but on July 6 TCM aired it.

The film (from Warner Brothers, directed by Robert Gist) is based on a curious novel by Norman Mailer which had been serialized in Esquire Magazine. (Back in those days, they said, “Why won’t Norman Mailer admit that he is the woman he is?”) A TV talk show host Stephen Richard Rojack (Stuart Whitman) has become an embodiment of “an American Dream”. Living in a Manhattan highrise, he gets into a ferocious argument with his wife (Eleanor Parker) and throws her off the balcony (a scene that is detailed and well done) and then tries to convince the police it was a suicide. There is an interesting physics lesson at one point where the cops use a formula from high school physics to figure out how long it would take her to hit the pavement (free 9/11).

Janet Leigh is the “other woman” who becomes a weak link, making Rojack a target for the mob.

The police then feint closing the books on the incident as an accident, bringing on guilt.

There is a conversation about the war between God and the devil, and a statement that “an American dream is that everything will be all right in the end”.

In the end, Rojack gets what he wants and deserves, and Leigh says “what do you expect of a whore.”

The last night of that 1966 semester, I walked down to the Varsity Theater in downtown Lawrence, KS from the KU dorm to see my only film that semester, Arthur Penn/ Sam Speigel’s “The Chase” (play by Horton Foote), about the pandemonium in a southern town when Bubber Reeves (Robert Redford) escapes from prison and heads home, with Marlon Brando as the sheriff. It’s a pretty big, if underrated classic drama from Columbia. (The other theater in downtown Lawrence at the time was the Granada). 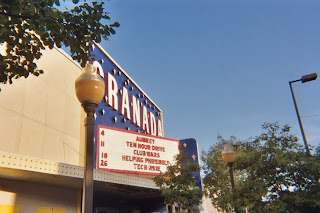 Today, Ashton Kutcher (“aplusk”) sent a tweet telling us about the deal between Relativity Media and Netflix, Reuters link here.

Relativity has often worked with Lionsgate, Columbia and Universal.

Here is a YouTube of Norman Mailer at the NY Writers Institute in 2001, talking about religion.