"Winter's Bone": A teenage girl practices both "assertiveness" and "family values" in the wake of her father's behavior 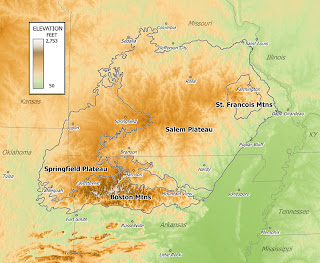 One of the social perks (and responsibilitie) of marriage and parenthood is the creation and maintenance of a social unit that defines the interpersonal obligations of other people (starting out as the kids) until they become adult enough to repeat the process.

In the new film “Winter’s Bone”, directed by Debra Granik, from Roadside Attractions, Ree Dolly (Jennifer Lawrence) at 17 already has the social assertiveness to protect not just her ailing mother but her younger brother and sister when her dad goes AWOL as a result of meth dealing in the post-Thanksgiving southern Missouri Ozarks. The sheriff comes to tell her that dear old Dad put up the house and land as bail money, and Ree already concludes that Dad is gone.

The moral point, of course, concerns the idea that the responsibility for raising kids (as well as eldercare) falls on the oldest sibling, still a minor herself, because of her parents’ sexual intercourse, not because of her own. That’s one thing you get out of being a married parent: the right to pass on family responsibility outside of the parameters of personal choice.

(Dr, Phil once had a famly where the parents expected the oldest son to take care of his nine siblings, and the son said, "they're not my children; Dr. Phil got rather tongue-tied on this one.  It's not always about a simple choice to bring a baby into the world.)

Or, OK, life is unfair, and this is just something that happens. No, it’s falls on Ree’s shoulders because her Dad did bad things. In a free society, you have to function, with inherited responsibility, in a social unit because you have to allow bad things to happen, to allow “sin”. Otherwise we would be like the Taliban.

Ree becomes tough indeed, and acts like a younger Sandra Bullock. The film itself has an appropriately dreary look, with barren forest, drizzle, a depression-world of browns and grays. Inside the home, furnished with oldie stuff, there is plenty of sibling intimacy in a world that does not allow teens to put their own dreams first.

The film won the Grand Jury Prize for the 2010 Sundance Film Festival.

The official site for the film is here. It’s based on the novel by Daniel Woodrell.

Would Lifetime play this film some time, or is it too edgy (and not "Canadian" enough)?

At the AMC Shirlington in Arlington VA there was a fair crowd on a Friday afternoon opening.

Below, attribution link for St. Francois mountains in Missouri Ozarks. The highest elevation is less than 1800 feet; it looks more rugged than it is. The land relief in the movie was similar, slightly less rugged. 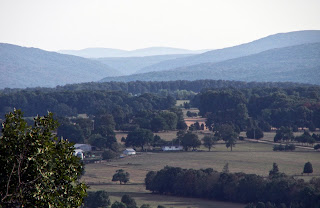