"The Room": A spoof of Warhol (or even David Lynch), perhaps, and a cult classic 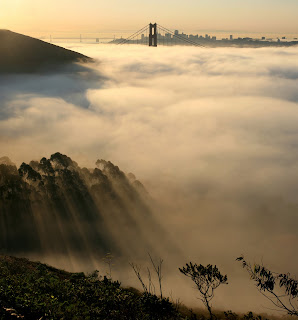 Landmark E Street in Washington has been playing the cult classic “The Room” (2003) as “the worst movie in the world” as a midnight treat. Let’s say it’s something of a satire of bad movies, and a takeoff on Andy Warhol. But Wahhol’s films (like “Trash”) keep me interested; this one sort of rolled down the hill. The unidiomatic dialogue among simpletons gets a bit tiresome. (I knew a guy in the Army who talked just like these characters, though.) Maybe in a midnight showing with the social experience, it’s different. Another filmmaker that the movie may be having fun with is David Lynch (like "Eraserhead" or maybe "The Grandmother").

It seems to be the brainstorm of one Tommy Wiseau, and comes from his own distribution company, with its bombastic trademark, using a globe resembling Universal’

The “room” is something comparable to the apartment in “I Love Lucy”: it’s the stage for a sitcom, with a little soft core added in.

Longhair Tommy plays everyman Johnny . He’s engaged to Lisa (Juliette Danielle), whose dedication is wearing thin. Her mother (Carolyn Minnott) wants her to marry him because he will provide for her and buy her a house, etc. (It sounds like the inverse of the 50’s classic “Marty”). But Lisa has the “hots” for Mark, played by Greg Sestero, who looks sumptuous. Mark seems like a nice guy but during the film develops a temper problem and goes downhill.

There’s another subplot with a teen protégé Denny (Philip Haldiman) of Johnny, who gets in trouble with a drug-running loan shark, setting up a root-top scene that may have been intended as a satirical reference to “Vertigo.” The “deleted scenes” on the DVD show that it had been envisioned in a warehouse, also. The film takes place in San Francisco, and the opening shows a lot of the City. The story rather sinks toward Johnny’s own tragic end, which teaches no lesson and does no one any good.

The site for the movie is here. The original music score by Mladen Milicevic adds to some pseudo-seriousness.

The film also reminds me a little of the Jay Duplass film “The Puffy Chair”.

Wikipedia attribution link for Sam Francisco fog picture  My last visit there was in 2002.
Posted by Bill Boushka at 7:24 PM