"Regret to Inform": widows share their sacrifices in the Vietnam war 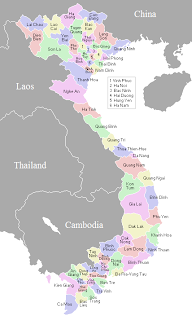 Barbara Sonneborn spent over ten years in travel through the Vietnamese countryside where she lost her own young husband during the Vietnam war. She interviewed Vietnamese women victimized by the South Vietnamese as well as the Viet Cong and Hanoi, and talked to soldiers still living affected by Agent Orange. She puts her work together in the film “Regret to Inform” (72 min), from New Yorker Films and New Video, and Docurama.

There aren’t any scenes of military officers approaching homes, but a lot of the heartbreak comes in the form of letters. In one case, an older brother had been drafted so his younger brother wouldn’t be; the older brother thought he would survive, and he didn’t.

The film has a lot of footage of the napalm burning of villages.

The Vietnamese war hung over like a cloud during my own Army Basic in 1968. The Hanoi peace talks started the first day I was on the rifle range (at Fort Jackson).

The IASNetwork has a similar film about widows from Afghanistan and Iraq, “The American Widows Project” from “In their Boots” and the “Brave New Foundation”. There are several interviews on YouTube, such as Tara’s:

Wikipedia attribution link for map of Vietnam
Posted by Bill Boushka at 8:12 PM