Lionsgate's "After Dark" series: "Dread" is not Clive Barker's best; when will "they" make "Imajica" into a "LOTR" film? 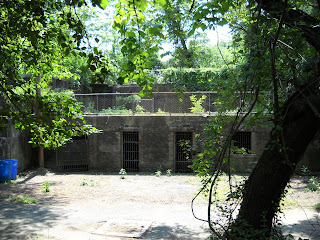 Lionsgate distributes the After Dark Films series, and I rented the film “Dread”, directed by Anthony Di Blasi, when I noticed that it was based on a short story by Clive Barker.

The film portrays some college students (in the UK) making a documentary film about what people dread most, and actually getting a class term paper grade for it. One of the students, Quaid (Shaun Evans) is sociopathic and actually carries out the dreaded acts, because he wants to experience “death” vicariously by documenting it in others. (Quaid is a philosophy major, but in my own experience philosophy majors have been anything but sociopathic; in humanities, you have to watch how you prove things, though.) And he can be cruel, deafening one student (Jonathan Readwin) who dreads becoming deaf a second time after an accident. (I remember how the rifle range in Army basic resulted in a permanent ring in my right ear.) Stephen Grace (Singapore-born Jackson Rathborn), the guy who starts the project but who seems at a distance from "real life", is a nice enough guy, but Abby (Laura Donnelly) has a birthmark that gives the screenwriter (and Quaid) the chance to explore physical shame.

The film has some horrifying flashbacks, as to what happened to Quaid's parents when he was a child.

Clive Barker and Di Blasi do an interview on the DVD. Barker makes the comment about philosophy students (and I again my experience with philosophy students in Minnesota was most positive) and then goes on to talk about how people who move to LA (especially writers) "get lazy".  He then discusses Quaid as a psychological feminine (Barker seems to know the Rosenfels material) but says that "truth seekers" rarely stay with just truth; they tend to muck it up with self-indulgence (Rosenfels talked about the "psychological defense" or sadistic behavior, as in this film, or of just wanting to be right -- "it's true because I said so.")  Barker considers Quaid to be "pan-sexual" and says that in the beginning he is more interesting homo-erotocism (not the same as "creative process" homosexuality) but migrates to heterosexuality, not exactly Masters and Johnson style.  Barker says that "Dread" is one of his few films (maybe only) with no supernatural element; it is, her says, about what people will do to other people.

The DVD has a featurette "Facing the Fear" about the making of "Dread", in which Barker also appears, as DiBlasi explains what it was like to adapt the story in screenwriting.

I remember some of Barker’s other films, not so much "HellRaiser", but "Nightbreed" (1992) and “The Plague” (2006). But what I really would like to see is his biggest novels filmed, particularly “Sacrament” (1997) and the massive Dominion-spanning fantasy “Imajica” (1991). Would companies like Lionsgate or Summit Entertainment be up to the challenges of “Imajica”?  (Who plays Gentle? Who plays Pie 'oh' Pah?"  Maybe John Makovich!  Not Taylor Lautner or Robert Pattinson!) Why doesn’t Barker promote his bigger works in the film world? He has the clout too.  Barker is not just a master of horror but also of the relation between religion and cosmology.  A children's book that would make a great Pixar or rotoscopic animation 3-D film (Disney, Dreamworks, etc) is "The Thief of Always"; if you don't have fun, you die.  Barker says that some of "Thief of Always" came out of anger.

After Dark’s site is here.  One of the company’s more notable films is Goran Dukic’s “Wristcutters: A Love Story” (2006) about a young man (Patrick Fugit) in kind of other worldly purgatory after a suicide attempt.