"Frailty", a not-so-pleasant film about brothers (and father-and-sons) 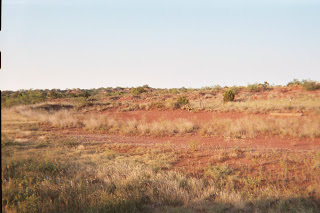 Bill Paxton’s 2001 film “Frailty” from Lionsgate is both a father-sons film and a brothers film, and it offers the somewhat gratuitous storytelling technique of being told most in backstory, about the middle 80% of the film. (Well, “Dr. Zhivago” was all backstory. )

And some say this film will give dads nightmares. Bill Paxton plays a widower dad of two boys, Fenton and Adam. Fenton is protective of his younger brother Adam, because the mother died in childbirth of Adam. The dad, however, is a religious fanatic (and thinks he is a religious fanatic) who sets his boys our on a horrific mission (in west Texas) to rid the world of “demons”, but not real people.

Well, body parts roll, but not on camera (that may anticipate Lionsgates later “Saw” series, or the notorious “Pieces”). But what is most interesting to some people is the plot twist in the other story, when Fenton (or is it Adam?), played by a young-looking Matthew McConaughey, walks into an FBI office around Abilene, TX to talk to an agent played by Powers Booth with information about the “God’s Hands Killer”.

There is plenty of dialogue about family integrity and fatherly authority (“because I’m your father) that
would please, or perhaps taunt, social conservatives.