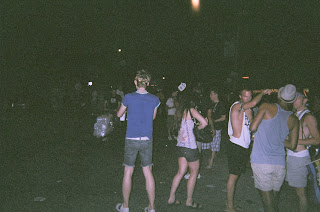 Shola Lynch has a documentary about 1972 presidential candidate Shirley Chisholm that got DVD distribution from Fox, “Chisholm 72: Unbought & Unbossed”, ironically running just a little more than 72 minutes. It was produced by Realside and Lantern Lane for PBS POV.

Much of the film’s value lies in recreating the cultural and political climate of 1972, just before Watergate would become well known. There is a lot of attention to George Wallace and his segregationist candidacy (I had an Army buddy in 1969 who liked Governor Wallace because he was not an (expletive that names something sweet)). The film covers the assassination attempt and paralysis of Wallace. There is also a lot of quoting of both Hubert Humphrey and George McGovern. The Vietnam War was still a thorn in the side of the Democrats.

I remember hearing a radio discussion of McGovern in the summer of 1972, when he said that the drive to “legalize marijuana and legalize marriage between homosexuals would drive the Democrats to defeat” even though he personally supported both. I even recall the Eagleton affair then. But the film moves on to Democratic Party rules and how Chisholm may have disrupted McGovern’s nomination. Of course, McGovern would lose in a landslide, in the last days before the Watergate scandal would erupt.

The film characterizes the early 1970s as a time when women were making gains in the workplace. Until then, married women didn’t have their own credit cards, and single women were considered a higher auto insurance risk because insurance companies feared that boyfriends would drive their cars!

The PBS site for the film is here.

NYC Department of Records YouTube video of Chisholm’s announcement of her candidacy for president in 1972;