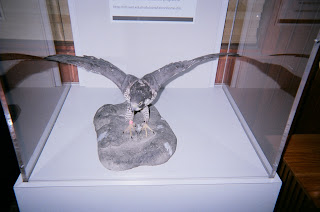 J.C. Wiatt (Diane Keaton) is moving up the corporate ladder in a NYC food company, living in an open relationship with Steven (Harold Ramis) in a Manhattan penthouse. One night she gets a call learning of an “inheritance” from a distant relative.

Well, the “bequest” is a little girl. Sure, this puts out great opportunity for moral sitcom, and the movie plays up the kiddie jokes and household mess, with Keaton’s acting that sometimes anticipating the style of the 2003 spoof “The Room”. But you can’t “inherit” a child. You can have a will stipulate that you have to raise a relative’s child to get a monetary inheritance (a premise of some films, including “Raising Helen” and the TV series “Summerland”). But the idea does harken back to older days when children really were necessary economic “assets”. Phillip Longman would love this movie.

Of course, the script can play this up, as when she loses her job, and her boss says, “you really can’t have it all.” I could say that having responsibility (for someone else’s “intercourse”) dumped in your lap isn’t funny. (She adds that she never had siblings and never had to be responsible for a dependent before.) But the movie is funny.

She moves to Vermont with the kid and plays survivalist, before falling in love with a veterinarian (Sam Shepard) who certainly could become a dad and role model for the girl. And she starts a business of baby food that will sweep the nation, to the point that her bosses want her back. But now she doesn’t need them. Morality lesson number 2.

One can play with spoonerisms, and mention consider what happens when “m” in “boom” is replaced by ‘n’. In 2000, Elinor Burkett authored a book “The Baby Boon: How Family-Friendly America Cheats the Childless” (March 28, 2006 on my Book Review blog).

This network's films get interrupted by more strident and annoying 1-800 commercials than do most real cable channels.