"Amish Grace" on Lifetime: a tragedy tests the idea of forgiveness and explores its paradoxes 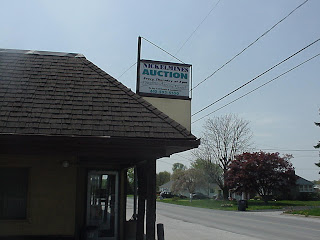 On Monday June 14 Lifetime aired the film “Amish Grace”, directed by Gregg Champion, based on the book “Amish Grace: How Forgiveness Transcended Tragedy” by Donald B. Kraybill, Steven M. Nolt, and David L. Weaver-Zercher.  It had premiered in March 2010.

The film is based on the shooting of ten people, killing five, in an Amish schoolhouse in Nickel Mines, PA by Charles Carl Roberts IV on October 2. The facts about his motives are in some doubt according to Wikipedia, but the film script says “he wanted to offend God.”

The characters spend most of the film wrestling with the idea of forgiveness, and its paradoxes. Before the shooting, and Amish elder tells his congregation that modern living keeps people away from God and their path to eternal life. Later he has to talk about a just God who will still judge Roberts (who took his own life) even if the people must forgive him. Some of the characters do not want to forgive certain things, and would rather let their lives become a statement that some things are unforgivable.

The actual scene of the tragedy is handled with subtlety; nothing is shown and no shots are actually heard.

One of the girls recovering in the conventional hospital makes a revelation about what Roberts said at the end.