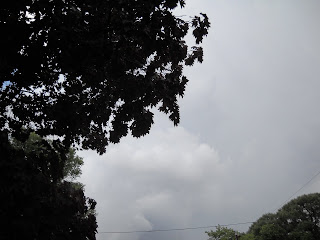 I didn’t make it to a 48 Hour Film Festival showings at the AFI Silver near Washington this year, but I looked at some of the most highly rated in various cities at the repository site


Two of these films were from the Keen Group in Greensboro, NC.

“Hatuchma: Silent but Deadly” is in “two parts”: “Pressure Mounts” and “The Release”. A young man, thinking about Peter Parker (with great power comes great responsibility) covets an amulet, gets a tattoo, and is captured. To escape, he needs an intestinal release of methane, and to have it lit. This was in the comedy category.

From Nashville, there was a horror film called “Yard Sale” where a young widow draws men shoppers and, well, plays like the nurse from Stephen King's Misery. She exacts Saudi justice and chops things off.

From Louisville, there was a retrospective drama “A World Lost” where a little boy views his young father (John Gearries) going back to the country where he must face he did a terrible thing to his family, for a reason.

The video was a bit grainy compared to YouTube and Netflix, and the 2.35:1 film (the Louisville film) was cropped twice. At the end of the film, the website would hesitate going from full screen on escape.