"Whiteout", despite despite homage to other films, is just a genre thriller 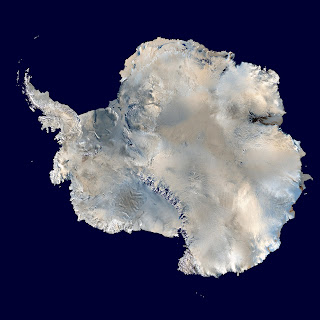 “Whiteout”, from Warner Brothers and Dark Castle, directed by Dominic Sena, combines the culture of graphic novels (Greg Recks and Steve Lieber) with “ice State Zebra” and “30 Days of Night” and even some of the plot elements of Alfred Hitchcock’s spy thrillers of the 50s and 60s, but the result is fast paced genre film that doesn’t deliver the suspense promised in the first ten minutes, where Russians are flying over (and crashing into) Antarctica back in 1957, the International Geophysical Year, when I was in middle school.

Kate Beckinsale plays the lone US Marshall at an international Antarctic research station (a rather elaborate indoor city) and, in February, when the Sun will soon be going down and the last flights will leave, a storm approaches and a body is found in the snow, murdered. Soon, there are more bodies and a real menace from the past is on the loose.

There is a mad doctor John Fury (Tom Skerritt, who made his reputation in “Alien” back in 1979) with an old grudge, and there is even a bit of “Blood Diamond”, as well as some possibly radioactive Soviet jellybeans (our famous British director again, remember “Notorious”). Most of all, there is breathtaking Antarctic scenery, but a lot of the outdoor blizzard work was done in northern Manitoba, around Churchill. The credits say that this is a DGC film, with both Canada and Quebec involved in funding. The film depends on sepia flashbacks to tell a lot of backstory, not always convincing.

You can imagine a similar sci-fi setup, where there is a murder on Mars just before the transport is about to leave to return to Earth.

Let us say that the film does not generate the suspense of Clive Cussler's novel "Atlantis Found" (underneath the Antarctic), which would make a great movie (especially from WB).

One particular annoyance: WB expects the visitor to spend 15 minutes watching seven previews before starting the feature, and does not permit opting out!

The WB site for the film is here.
Youtube trailer from BlockbusterUK.

Wikipedia attribution link for satellite image of Antarctica
Posted by Bill Boushka at 6:18 AM