Some short films from NFB (Canada) at Cannes on YouTube 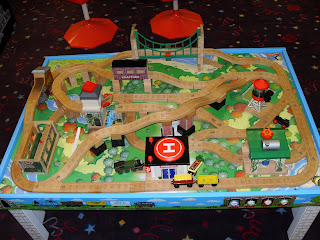 YouTube offers, for members, a look at the Cannes Film Festival, at least (as far as I got), some of the short films from the NFB, the film board of Canada.


Here is a rundown on four of them:

“The Forbidden Tree” (7:14) is abstract animation of what seems to be the story of the Garden of Eden in the end, directed by Benafesh Modaressi (Iran, I believe). The apple is forbidden.

“The Story of My Life” (“Toute ma vie”), directed by Pierre Ferriere, has a young man and woman meeting on a bridge across the Seine. There is a play on recognizing people from the past, and then delving into family secrets (about lost siblings). Then there is sudden tragedy. The film is shot at 2.35:1.

“The Technician” (“Le Technicien”), Quebec, directed by Simon Olivier Fecteau, has an old man calling a cable TV technician to his home to change the bad news over the media networks. That happens, and when the technician returns to check, the gospel turns bad, with news of a horrible tsunami. The film is a parable about the bliss of old age, perhaps.

“The Report Card” (“La pagella”), Italy, directed by Allessandro Celli, has a father visiting his son, but is the father in prison, or is the son in reform school, or is it both. The father teaches other adults, in jail themselves.

YouTube has a contest allowing subscribers to vote for best short.

These videos do not appear to offer embed code.
Posted by Bill Boushka at 6:59 PM