"Prince of Persia: The Sands of Time": while based on video game, should be compared to Rollins novel "Sandstorm" 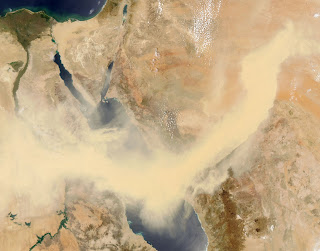 Disney’s new film “Prince of Persia: The Sands of Time” (directed Mike Newell) strikes me as having a wordy, perhaps dippy hyphenated title more common with specialized and agenda-driven documentaries. What struck me was the placing of a sort of science-fiction precept in 6th Century Persia, a fantasy for its own sake, to be sure from a video game. Of course, you could say this is an alternate universe somewhere. There have been some remarks to the effect that somehow the movie is in insult to Iran, but actually the setting takes place just before Mohammed lived; furthermore, making a movie about Islam at its height (around 1000 AD, when it was the world’s most progressive culture) would be a good thing. Why not make a movie about the Crusades from the Islamic point of view?

Jake Gyllenhaal place the nice young man prince, after a brief prologue where the boy can jump roofs. He’s not quite Clark Kent; the real actor is 29 and has developed a slightly British-sounding accent to play the 21 year old hero.

The Dutch-ancestored actor looks at the top of his biology (25-28 is supposed to represent a biological summer solstice): his too-neat beard has yet to show a speck of gray, and he has gotten to keep his recent chest hair (this is not the 1950s with the Fox Cinemascope spectacles advertising Victor Mature as the epitome of manhood); he’s a bit matured since the days of Donnie Darko and Moonlight Mile. His relationship with Tamina (that sounds like “Tovina”, a character name I sometimes use) (Gemma Arterton) is a bit too casual, and scarred king Ben Kingsley is not all that menacing. What gets interesting, then, is the precept: that a stone sword can open up a sub-desert world that would unleash a sandstorm that would destroy all creation. The CGI predictions of the sandstorm are apocalyptic, reminding one of the solar destruction in Summit’s “Knowing”, as is the concept of time travel embedded in the weapon (as if it came from the Hadron collider, again through time travel, or maybe would fit into a sequel for ABC’s “FlashForward”).

There is an ostrich race scene, with a script reference that reminds me of Army days.  Maybe people in Tinseltown now remember me. (Sorry, friends, there was no mention of "the Lizard").

There's an interesting line in the script about the Persian King's "lack of curiosity". That's a phrase I've heard before in my own life (with the word "astonishing"). (The line would have worked in "Robin Hood", reviewed ahead, May 30.)

A more successful idea of this sort of thing occurs in a novel (2004) housed in a modern setting, called “Sandstorm” by James Rollins (aka Jim Czajkowski), where the desert hides an underground lake with unusual water containing buckeyball molecules – a concept that comports with speculations in modern physics about an alternate “weakless” universe (where heavy water would predominate). The Rollins novel would make a more tantalizing treatment of this sort of idea than does this video game. Maybe Disney studios (and Jerry Bruckheimer Films) will look at it, or someone else (like Summit) will.