"Leave Her to Heaven": a 40s early Technicolor masterpiece; the femme fatale has no point in the end 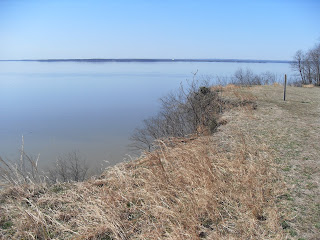 Some PBS stations aired the 20th Century Fox classic mystery-melodrama “Leave Her to Heaven” (1945), directed by John M. Stahl, based on the novel by Ben Ames Williams. (Stahl sometimes worked with Douglas Sirk.)


The story might seem contrived when summarized, but like many 40s thrillers, hits you hard with its script driving points home about character.

The story is framed as writer Richard Harland’s (Cornel Wilde) lawyer tells the backstory as Richard rows back (James Fenimore Cooper style) to his “Back of the Moon” lodge in Maine (returning home from two years in prison), setting the tone for a film that moves from New Mexico to Georgia to Maine, often with the look of a western and oil lamps, even though there are trains (a great scene in an observation car where Richard first meets Ellen) and planes. The film is known for its garish Technicolor.

One trick is that Harland’s own novels may have set him up for prosecution, and that point is set up early when narcissistic lover Ellen (Gene Tierney) looks over his shoulder as he types a draft (this is the 40s, no computers!) and says “will you marry me?” Indeed, Ellen points out that men don’t propose, women do.

That leads us into the central thrust of the story, not just Ellen’s jealousy, eliminating all “enemies” and her coldness (she calls Richard’s handsome polio-stricken brother a “cripple”), but her conceit: that there was some point (in Heaven perhaps) to her doing away with her unborn child and then apparently herself. But there seems to be no possible “lesson” she could be teaching everyone. She just couldn’t tolerate any competition.

The drowning scene, where Danny (Daryl Hickman) runs out of steam in deep water, is one of the most chilling in any mystery from this period. It reminds one of some passages from Sebastian Junger’s book “The Perfect Storm” where he describes how awful an experience drowning is.

The half-sister Ruth (Jeanne Crain) may not be so innocent herself.

It still is amazing, however, just how effective the storytelling is in mystery films of this period, and how original some of the concepts. (Yes, they did have to use twin beds.)

The orchestral score by Alfred Newman has a great downbeat, and sometimes reminds me of the Fox trademark.

Here is some discussion of the film by Martin Scorcese on YouTube.