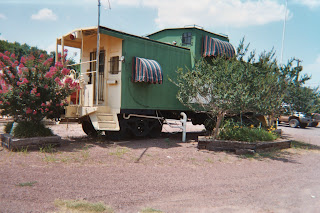 “The Gray Man”, originally made “locally” in Oklahoma in 2007, is the fifth (in my coverage using Netflix rentals) of the films involved in the litigation against P2P downloaders by the U.S. Copyright Group. It is directed by Scott L. Flynn and the DVD comes from Monarch video. The film is not about “The Grays”!

The film is an effective-looking period piece from the 1920s, as New York City detective Will King (Jack Conley) tells the story, with Dateline-style narration, of how he caught Albert Fish (Patrick Bachau) after the disappearance of a small girl. The film gradually describes the psychopathology of a man we could compare to Jeff Dahmer or Hannibal Lecter, which reaches back to abuse at a 19th Century Catholic orphanage, and even ritualized self-flogging.

The pace of the film (96 minutes) is a little rushed, especially during the courtroom testimony scenes toward the end; the last scene is the electrocution of Fish. So the movie tends to have a bit of a sensational effect. The CGI work recreates 1920s New York, but the film seems less ambitious than other recent films of this sort, including “Capote” and “Zodiac”.  (There is a touch of "Silece of the Lambs" also.)

The Monarch video site and purchase link is here.

None of the five films in the litigation enjoyed widespread theatrical release, to my knowledge. (However “The Hurt Locker” has recently been added to the cases.)