"Enchanted": a "once upon a time" film, mixed animation and real -- pays homage to a lifetime genre of musicals 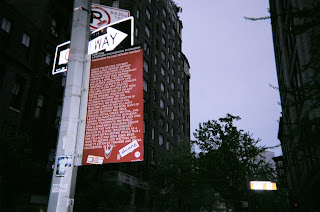 Once upon a time I was substitute teaching a tenth-grade English class, and the kids had to write a fairy tale as a classwork. One of the more clever kids started his with, “Once upon a time, there lived a banana.” From how the story preceded, it wasn’t hard to find a double entendre. And, of course, they live happily ever after. Even kids no better than that now.

But not so with Walt Disney Pictures’s “Enchanted” (2007), directed by Kevin Lima. The film has some soaring musical numbers, especially “That’s how you know” (he loves you), music by Alan Menken. In fact, visually and musically, the film pays tribute to various classics, including most of all “The Sound of Music”, since Julie Andrews narrates, and it has a grand entrance with the same body language for Amy Adams (as Giselle).  (The music seems to sum a whole lifetime's experience with musicals, all the way back to the Cinemascope Rogers and Hammerstein films of the 50s.) And there’s another overhead shot of Adams in a gown, this time white, with the same effect as a famous scene from Alfred Hitchcock’s Topaz. And there is a glass slipper, from Cinderella, applied by Prince Edward (James Marsden, whose hairy body is covered up well by knightly armor).

Now we all know the story. The wicked queen (Susan Sarandon) who sends the princess away from never-never land to the bad big Apple to protect her throne (The Queen in real life would never do anything like that). Who teachers her the facts of love? Well, a divorce lawyer (Patrick Dempsey) who has to explain why it’s so hard in “real life” for a man and a woman to stay together and remain interested for a lifetime. (Would it be even harder for gays?)

The film does something definitive technically. The opening prologue in animation (not up to the level of a Pixar) is shot in conventional 1.85:1. But when Giselle (perhaps the same as in Adolph Adam’s ballet) lands in New York City (or Gotham, albeit in a manhole), the screen opens up to 2.35:1. Would this technique work for showing flashbacks in a dramatic film, or perhaps interloping “fiction” with “real life” in a film about writers?


The “Know” theme is a—“A-G#-A-G#-E--A-F#--E”.  The "Know" song and ensemble (largely set up in Central Park) was shown in JR's bar in Washington the last time I passed through there on a Sunday afternoon.

The DVD, while containing the usual featurettes about making the film and delete scenes (with an explanation as to why the scenes were deleted) also contains an animated short "Pip's Predicament: A Pop-Up Adventure". "Pip" was a character in Charles Dickens's "Great Expectations" and in a famous Twilight Zone episode.
Posted by Bill Boushka at 7:54 PM