"Daybreakers": a neat idea for a genre; don't take it seriously 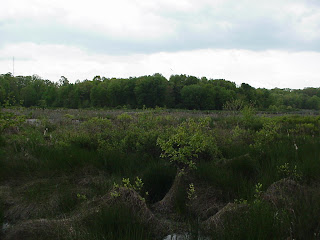 When “Daybreakers” starts to roll, we quickly see that it is “another” Aussie FFC film, and it’s going to have an edge, being filmed in Queensland (some of it in Sydney), looking like “the other California.”


The plot is sheer manipulation. In 2019, a virus for vampirism has instantiated itself in humans; as a result, in some time there are few true humans left as a source of blood. You can imagine the turnabout: a scientist (Ethan Hawke) will discover a “cure” that can turn vampires back to real humans.

Now imagine all the allegories. First of all, the HIV blood donation issue for gay men (which could be defused politically by synthetic blood, an idea that really started to float in the 1980s). Or, the idea that the world stops reproducing (“Children of Men”). And the “cure”; I don’t want to mention the obvious.

But, of course, this is all just genre film stuff (particularly from Australia; Village Roadshow gets mentioned in the long credits). It will probably inspire some sequels as a movie franchise for Lionsgate.

There are some clever allegories. The news media talk about rationing and government crackdowns, and give warnings of daybreak (because the sun makes the vamps shrivel up). UV ratings are broadcast all the time. The Aussie cities tend to look like constructions around model railroads.

The orchestral music score by Christopher Gordon has a lot of Mahler-like horn effects, and a compelling concert overture (with heaving string writing) for the closing credits, imparting a mood that sounds curiously like Sibelius.

In college, a friend actually wrote a term paper on vampires for his “official term paper” in a freshman course designed to teach the writing of research papers. (In those days, professors kept the papers so they didn’t wind up in fraternity files, in the days before “turn it in”).

This film is no "Interview with a Vampire": there is no 300-year love story.