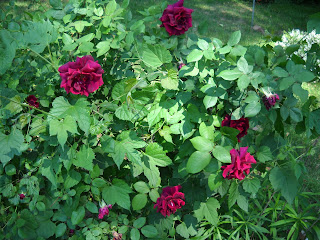 The film “Dangerous Liaisons” (“Les liaisons dangereuses”), directed (for Warner Brothers and Lorimar) by Stephen Frears, adapted from the novel by Choderlos de Laclos and the play by Christopher Hampton, gets aired on PBS frequently. Set in 1760 Rococo France, it is set up when the Marquise Isabelle de Merteuil (Glenn Close) wants a favor from ex-lover Vicomte de Valmot (a very active an conspicuous John Malkovich, who gets to “be John Malkovich), a liaison to make another lover jealous. Maybe the plot comes out of self-indulgence and boredom, but there are so many delicious platitudes along the way.

There are lines about the relationship between love and desire, and that women worthy of love can never enjoy it. There is a line that intellectuals are stupid. There is a line about keeping quiet and observing what people have to hide. There is a line that “vanity and happiness” are incompatible. Women taken to be less skillful than men must arrange lines of escape no one has ever thought of.

There is some delicious music, including Handel’s famous “Largo.” There is also music by Gluck (from Iphegenie), Vivaldi, and Bach, largely music that would have been played in salons in that period. A link listing the music is available on Fast-Rewinds, here. George Fenton wrote the original orchestral music, which sometimes has a brooding, film noir quality. This is 80s filmmaking at the top of its game, not exactly Merchant Ivory, however.

The DVD notes the historical context, of the drama in the upper classes a couple decades before the French Revolution.