"The Cartel": it's not about oil, but about public schools! 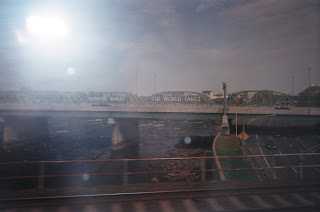 Well, I had plenty of experience myself with the public school system a few years ago as a substitute teacher in northern Virginia (documented elsewhere on my blogs), but I never saw anything like the patronage in the New Jersey schools documented in Bob Bowden’s film “The Cartel”, from his own company and Truly Indie, showing in Landmark Theaters.

New Jersey spends more per pupil than probably any other state, but it achieves some of the worst scores in reading and math proficiency, even among high school graduates. One problem is the huge number of school districts (over 600) which requires a huge volume of support employees, all propped up by patronage-driven unions, rifed with nepotism and blackballing of people who speak against the system. (Bowdon provides a comparison to a count of school districts in Maryland.)

The film spends a lot of attention on charter schools, which have to be selected by parents to stay in business. Some charter schools even expect the parents to volunteer. Some of them do well, since the discipline (with uniforms) is much more formal and the gangs and drugs have been separated out. But then the unions make the “commie” arguments that charter schools hurt the kids that are left in the districts, leading to existential pronouncements on what is “moral.”  There are a few scenes that do show a disturbing portion of the low-income students to be obese.

The film (90 minutes) is shot in digital video, with variation between 1.33:1 and 1.78:1 aspect ratio. There are a few editing gaffes, as a scene where a house cat suddenly dematerializes from an interview subject’s home window sill. Bowdon appears often, loudly in shorts in one interview scene.

The script mentions the film "Lean on Me", about prinicpal Joe Clark in Patterson NJ, reviewed here Aptil 26.

Bowdon Media provides a YouTube trailer for the film.

Also, check the front page story in the New York Times on Sunday May 2 (today), "Despite Push, Success at Charter Schools Is Mixed", by Trip Gabriel, link here. The film agrees with this article.
Posted by Bill Boushka at 4:45 PM