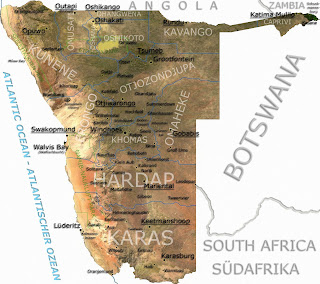 Out of the mashup of arguments over “marriage” these days comes one “true thing” that people don’t appreciate as much as they used to, at least according to conservative writers like Maggie Gallagher: Babies.

So, in this gentle new documentary (“Babies”, or “Bebes”) from Studio Canal France (distributed by Universal Focus) and new father Thomas Balmes, we follow four babies (Ponijao, Bayarjargal, Mari and Hatti) in Namibia, Mongolia, Tokyp Japan, and San Francisco, from shortly after childbirth until they can walk upright.  The film has almost no narration or dialogue (except incidental in parenting scenes in the native language). There is a lot of crying,

Several parallelisms stand out. One is the comparison of physical infrastructure in each place, giving the film the look of “Babel”. But it seems that the fraternal twins (who show a bit of sibling rivalry in the very first scene) have more fun in a natural environment, than do the babies in advanced Japanese or American societies.

In fact, the naturalness of the physical intimacy, between mother and child (only in the California case with father), and between siblings, is striking. It is explicit (with “cultural and maternal nudity” resulting only in a PG rating) but appropriate in context (and therefore funny). The relationships between the babies and animals is striking. There are a couple of house cats who take a lot of “abuse” but seem to enjoy the attention. (One particular cat is almost a star of the movie herself.) Other animals, such as goats and cattle, mingle with the babies and always respect them, the goat careful not to let the horns touch the baby when it comes and drinks from a trough. It seems that all major mammals understand that babies are the young of people and will grow up. In fact, cats and dogs that live through a child’s growth from infancy to the teen years have particular bonds with young people.

The “Babies Featurette” from the Focus site, which allowed embedding.

Yet, I remember that when I was growing up in the 50s, "what a babe" was a verbal playground slap.

The Mothers Day mid afternoon show at the AMC Shirlington in Arlington VA was about half full, and had its own sound effects in full stereo with real crying babies in the audience, responding to the babies in the movie.

Wikipedia attribution link for map of Namibia.
Posted by Bill Boushka at 5:46 PM