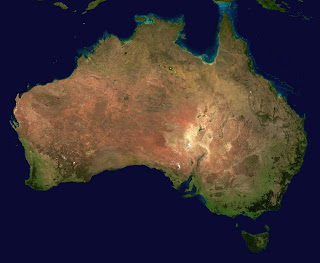 The Aussie film “Acolytes” (2008), directed by Jon Hewitt (from several companies including Steward & Wall, Palace, and and the Australian Fim Finance Corp>), distributed by Starz/Anchor Bay (Overture?) has its best moment in the beginning, as the camera swings around 360 degrees to show you a interesting look at Queensland countryside, with some sawtooth mountains and lots of California-looking scrub.


Then we see a young woman being chased and coming to an end, and then we are introduced to three somewhat likeable teens about whom the story is built. They are Mark (Sebastian Gregory), James (Joshua Payne) and Chasley (Hanna Mangen Lawrence). Both Mark and James have survived a history of being horribly bullied by Gary (Michael Dorman).

Mark comes across the crime scene with which the movie opens, with the killer leaving. Cleverly he investigates and gets his friends involved in a plot to blackmail the killer (Joel Edgerton) after they track him down to a suburban home where he has a “normal” family life, into killing the bully Gary. But Mark has another dark secret of his own, and the trio is drawn into a world far darker than they had imagine.

There is always a question in making films about teens, as to how “human” to make them, and whether the need to be “redeemed”. The film is choppy, moving back and forth with jumps that don’t always track to the somewhat contrived plot.

The deleted scenes and rather objectionable alternate ending are presented on the DVD in 2.35:1 aspect, and imdb lists the aspect ratio as 2.35.  But the main movie was presented on the DVD as 1.85:1; it should have been presented in the original aspect ratio.  A few older DVD's take wide screen movies and present them full screen only (like TV), rather disappointing practice (Warner Brothers presents Scott Turow's "Presumed Innocent", filmed in 1990, on full screen only in DVD).


Wikipedia attribution link for NASA photo of Australia
Posted by Bill Boushka at 6:05 AM