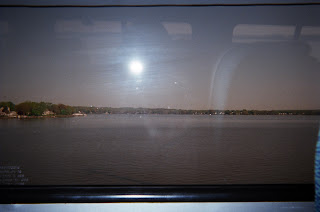 Having reviewed a few films about public schools lately, I thought I would mention a 2003 film from LionsGate, later shown on Lifetime Television; in fact, I saw it the weekend after I started substitute teaching in April 2004 and it scared me.

The film is “Student Seduction”, directed by Peter Svatek. A late-20-ish attractive married woman chemistry teacher Christine Dawson, played by Elizabeth Berkley, gets set up by a make student Josh Gaines (Corey Sevier). He helps get her car started and socializes in a local hamburger joint. Later, he makes an advance against her, but then, to defend himself, accuses her of making the advance. She gets prosecuted, and the boy’s rich parents come to his defense; the injustice threatens to ruin her life. This is a real risk for teachers sometimes.

In fact, I would write a screenplay called “The Sub” and place it on my own website, with a similar story in a “gay” setting. It would lead to a serious incident, described on the “BillBoushka” blog for July 27, 2007. But in my screenplay, the chain of incidents gets set off when an older substitute teacher has a cardiac arrest while subbing for PE, and an “attractive” high school student saves his life with a defibrillator (which was only getting attention as a necessity for schools when I wrote the screenplay), and then the student “befriends” the teacher and plays some head games. The teacher winds up dying in jail of his heart condition, while the student publicizes his music.

But such films (or scripts) do point out a growing vulnerability for teachers.

Curiously, this timely film is not available on Netflix and does not appear to be available on DVD. I’ve gotten questions about this film before by email. Maybe someone knows if Lionsgate plans a DVD.
Posted by Bill Boushka at 6:43 PM