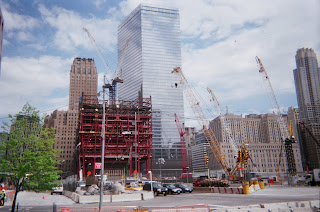 A futures exchange market for movies is coming during the 3Q of 2010, according to entrepreneur Robert Wagner, interviewed on CNN Saturday. On the other hand, Peter Gruber, CEO of Mandalay Pictures, thinks it’s a bad idea.


Wagner argues that Hollywood takes the initial risk by bankrolling a big film, and that allowing speculation in a futures market simply spreads the risk. This is not a casino, he says.

Nevertheless, Mandalay says that no movie studio would bet against its own films -- at the box office, or in DVD sales or rentals, or, in the future, Internet sales. The market could clearly exaggerate the concerns over piracy (see comments over lawsuite concerning"Uncross the Stars" and other films, Apt 6, 2010 on this blog).

The New York Times published a story on March 10, 2010, by Joseph Plambeck, “A Place to Bet Real Money on Movies,” here.
The business will be run by Cantor Futures Exchange, a subsidiary of Cantor Fitzgerald, a company that had occupied the top floors of one of the World Trade Center buildings on Sept. 11, 2001.

It’s not apparent that the exchange would affect the independent market much; it seems more aimed at big budget thrillers, comedies and romances aimed at the suburban mall audience. So I don’t think it would affect a film like my envisioned “Do Ask Do Tell”. But “69 Minutes to Titan”, or “Titanium”, or even “Baltimore Is Missing”, which are more like “conventional” sci-fi thrillers (if somewhat eclectic), maybe yes. "The Sub" -- that's another matter.
Posted by Bill Boushka at 6:18 AM