"Stand and Deliver": an inspired teacher brings calculus to a low-income LA high school in 1982 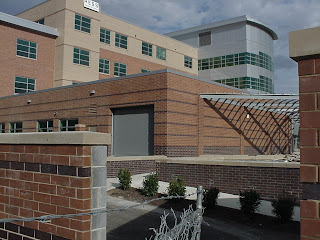 The 1988 Warner Brothers film “Stand and Deliver”, directed by Ramon Martinez, came off the Netflix “very long wait” today, but I watched it with instant play, also set up by Startz. I was disappointed to see it shown in full screen (1.33:1) television aspect ratio. The original film had a WB theatrical release but was soon shown on PBS.


The film chronicles the true story of east Los Angeles teacher Jaime Escalante (Edward James Olmos) to upgrade math education at Garfield high school, quickly moving from elementary algebra (and the drills “a minus times a minus is a plus”) to calculus, getting 18 students ready for an Advanced Placement calculus test in 1982. (The number increased to about 80 by 1987.) He made the kids sign a contract for extra class hours and Saturday classes, causing some of them to give up well-paying part-time jobs that might have been supporting siblings.

As a sub in northern Virginia, I often did have the privilege of hosting AP math classes, and they usually comprised upper middle class kids (often with many of Asian descent). The classes tended to be conducted more like college courses, with transparencies developing theorems (one day we did the Fundamental Theorem of Calculus), or sometimes “experiments” such as a demonstration of how a Riemann definite integral can be developed as a limit of a sum of areas increasingly narrow rectangles. (The Arlington VA school system televises some of its AP classes on Comcast.) But in the Garfield scenario, there were behavioral issues even in an AP class.

When the kids do so well under Escalante’s leadership (you could say he follows “Teach Like Your Hair’s On Fire, Rafe Esquith’s book, reviewed on the Books blog, Sept. 6, 2007), the EDS-suited goons from the Educational Testing Service in New Jersey descend, investigating for possible cheating. Is this racial (Latino) profiling? The kids have to take the test again (it has multiple choice and free response, and we actually see some handwritten mathematical proofs on bluebooks toward the end of the movie) and they all score 4’s and 5’s.

Olmos is ordinary-looking, somewhat pockmarked, and in one scene has a heart attack while teaching adult night school, in a scene that is quite compelling.

Lou Diamond Phillips (as the kid Angel) is the only really well known actor in the film.

Here is a YouTube video by special education teacher DiscoSean21 about the passing of Escalante.

Picture: the "new" Washington-Lee high school in Arlington VA. I graduated from that school in 1961, and did sub there during reconstruction.
Posted by Bill Boushka at 5:38 PM