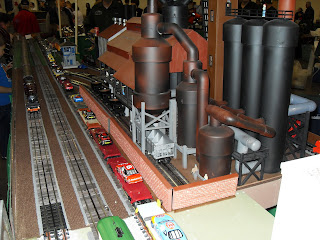 The favorite film of acclaimed British director of suspense and mystery, Alfred Hitchcock, is said to be “Shadow of a Doubt” (1943), which seems a bit more modest than some of his other films, even of this period.


The essential concept is that the bucolic family life of a northern California town, Santa Rosa (in the wine country) is challenged when a particular family relative returns home, with his family to discover that the man may be wanted by police around the country for ghastly crimes. More pointed is the contempt of the man Uncle Charlie Oakley (Joseph Cotton) for people. There is a scene two-thirds thru the film (at the end of the “middle”) when, at dinner, he talks about rich widows as if they were parasites. It’s pretty hard to take (if it weren’t oddly funny in a Ladykillers kind of way) but then you know, as does the heroine, herself named Charlie (rather like “Scout” in “To Kill a Mockingbird”), that is Charlotte (no “hush” here), played by Teresa Wright.  Critics consider Uncle Charlie as an example of a character who is both the villain (or even monster) and hero, much like Norman Bates in "Psycho".

There’s a lot in the film that foreshadows today’s problems with technology. In an early scene, Charlie sends a telegram – the email of the day – telling the family he is coming home. Later, detectives (including MacDonald Carey) pretend to doing a survey of the family when Charlie demands that he not be photographed and even takes the film. There are other touching scenes, as when Charlie shows how to build a toy house with newspaper. The script constantly tests the limits of family loyalty and connectedness, against a growing realization that one of the members has become something monstrous, a man who has something this demon within him. In the real world, one could make the comparison to the Kaczynski family in the 1990s. The music score uses variations of Franz Lehar's "The Merry Widow Waltz", and a conversation where a character confuses the music with the "Blue Danube."

The end is ironic, after a typical cliffhanger on a fast moving steam train – the family can honor the uncle at a funeral and not know the truth. The excuse is, you don’t have to hate people (even the kid in “Little Miss Sunshine did that), you just have to accept the idea that the world goes crazy sometimes (this was World War II, in fact, the year I was born).

I think it’s curious that there are two gay bars in NYC named after “Uncle Charlie.”

There’s another curiosity. In one scene, the camera focuses on an unusual dinner glass (black and white) that my father, as a manufacturer’s representative for the long gone Imperial Glass, sold as one of his most popular items. My grandparents’ home in Ohio always used this item at dinner.

The DVD introduces itself with a collage trailer of Alfred Hitchcock’s films, before the Universal “Valkyries” logo comes on.