"Nine Dead": a genre thriller, and a bit like a stage play 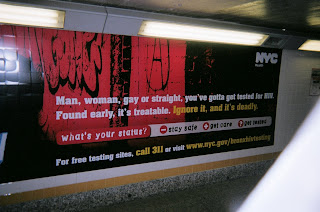 Image Entertainment offers a curious but stagey thriller “Nine Dead”, directed by Chris Shadley. The film combines elements of the “Saw” movies, but also “The Most Dangerous Game”, “Seven”, "The Steam Experiment", and even “Sleuth”.


Around LA, a masked gunman targets and kidnaps nine people (using a taser) and takes them to an isolated warehouse and handcuffs them to poles (all sound familiar). They have to figure out the connection between them or each one will be executed, one at a time, every ten minutes. Each time the gunman enters the room, he asks “why are you here?”

In time, the mystery is “solved”, more or less. It’s a treasure hunt or “hum dinger” involving elements such as loan sharking, a rogue prosecutor (Melissa Joan Hart), AIDS research and health insurance politics. An important clue occurs when the gunman (Lawrence Turner) gets mad because the prosecutor had hired a nanny for her kids. The prosecutor, it turns out, has a lot more to hide than maybe the rest of the lot. The priest, at one point, says he cannot reveal what had been told to him in a confession because of his loyalty to God.

In the end, there are “Nine Dead” but not quite the Nine you expect. There is a gunshot that reminds one of a scene from American International’s “Born Losers”.

Although the film is set in LA, the credits say that it was filmed in Baton Rouge, LA.