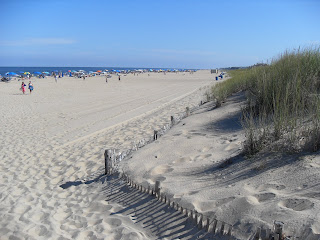 In 2006, I had seen (at Reel Affirmations) a film called “Loggerheads” (dir. Tim Kirman, Strand Releasing) where Kip Pardue plays a drifting HIV+ gay man who enjoys watching loggerhead turtles on a North Carolina beach while the movie expands into a complex web drama involving families and religious values.


Now in 2010 Walt Disney Pictures/Touchstone gives us "The Last Song", a similarly styled film (dir. Julie Robinson), almost, however, as a “Christian” movie (PG), with the teenage heroine Ronnie Miller (Miley Cyrus, with an acting style like that of “Bella” in the Twilight movies), who comes down to a beach island on the Georgia coast to visit her divorced dad (a weathered-looking Greg Kinnear). She, with her little brother (Bobby Coleman) watch the loggerhead turtle eggs hatch with a passion, and drive away the raccoons (I wonder if those animals were trained for the film). But she moves into a webbed family drama when she meets nice high school senior Will Blakelee (Liam Hemsworth). Slowly the secrets of the situation unravel. Dad blames himself for a church fire, and, with carpentry, is trying to make the church a stained glass window. He also is an accomplished former concert pianist, and then we learn that Ronnie herself had turned away from going to Julliard because of emotional family upsets. (Here we are reminded of the WB show Everwood, where the teenage pianist Ephram (Gregory Smith) loses the chance to go to Julliard because of his father’s heavy handed behavior). But as Ronnie gets closer to Will (who is visually quite striking) and finds out that he hides his origins on a rich family plantation, she starts to learn of other tragedies. For one thing, Will knows the real cause of the fire (having to do with his not-so-upstanding buddies), and Ronnie also learns that her dad has terminal cancer.

The music in the film is interesting. There are a lot of “songs”, but the piano music sounded like it came from the Liszt etudes, but I didn’t see that credited.

Touchstone is becoming associated with smaller or more indie-like material than in the past. (The film looks big, in 2.35:1 with the coastal scenery, but note the small cast with mostly lesser known actors). How does Disney decide what goes to Miramax instead? This is the sort of film you expect now instead from “Summit Entertainment”.
Posted by Bill Boushka at 6:48 PM