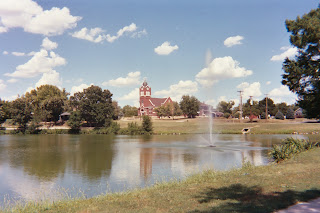 Al Pacino certainly turns in some intensity in his HBO performance as Jack Kevorkian in “You Don’t Know Jack”, airing this week. At 135 minutes and directed by Barry Levinson, it is a bit long for its substance, but it climaxes with some courtroom drama where the judge lectures at sentencing: “thisi is about you, Sir”. (“Do you understand what prison is? Did you see the Shawshank Redemption, sir?” ) It’s about his callous placing himself above the law that civilization depends on.

Yet, Jack manages to convince us most of the time that it’s really about his beliefs and convictions. He acts as his own attorney, and claims that what he demands of a witness is a mathematical tautology, not a “conclusion.” He sees himself in terms of Bach, which plays in fugato in voices in the sound track, not always effectively.

We learn that he did not procreate (apparently did not marry and have children), and that his mother had died of a bone cancer, which he describes as like an intense toothache in every bone in one’s skeleton.

I do remember the debate on the issue in the early days of the Clinton years, which took on a circus-like appearance when compare to the concurrent debate on gays in the military back in 1993.

Kevorkian talks about the problem as a “right”. And most of the time he does seem to focus on the wishes of the afflicted, not of the family caregiver (usually in the film a spouse).

The webpage for the film from HBO is here.