Frederic Back's "The Man Who Planted Trees" and "Crac!" -- simple animation, simple messages on the environment 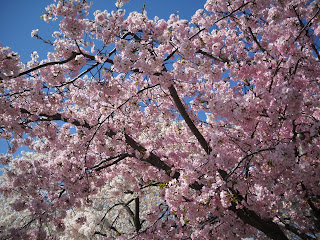 “The Man Who Planted Trees” (“L’homme qui plantait des arbes”) (1987) is one of the most famous short animated films by Quebecois environmental filmmaker Frederic Back, for the CBC, originally distributed in theaters by Expanded Entertainment.

The narrator, walking through a dry area of southern France just before WWI, encounters a shepherd, Elzeard Bouffier, who lives alone and collects acorns meticulously to plant groves of trees. The man is somewhat of a Thoreau hermit, but planting trees is his way of “playing God” and leaving a legacy. The film then traces the history of his forests through both World Wars.

The animation is pastel and rather simple, a bit in the style of the drawings in Hendrik Van Loon’s 1928 book “The Story of the Bible”.

The earlier 1981 animated short “Crac!” had portrayed the modernization and industrialization Montreal. That city I have visited twice, in 1972 and 1993.

I could not find the full 15 minute film Crac! On YouTube, but I found a derivative work “Learning to Fly”, by Nedeliko Dragic, D, posted by Cheshirecat333

I discussed the biography short on Back on March 28 here,

(Note: the Youtube video give unknown errors today, May 2015, no info right now.)
Posted by Bill Boushka at 6:45 PM