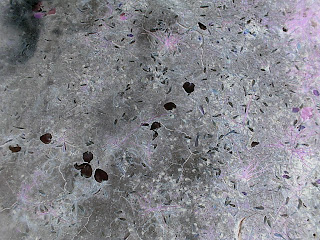 “Coal Country”, directed by Phylis Geller, was shown in abbreviated form in the DC Environmental Film Festival, is available from Liaison Distribution and Evening Star Films on DVD as an 85 minute documentary feature (2009). The site for the movie and DVD is here.

The film focuses on mountaintop removal, particularly in southern West Virginia, with aerial pictures of what looks like the Kayford Mine. A second mine, even larger, is planned nearby. It is surprisingly difficult for ordinary motorists to see these mines from public roads. Typically, they cover several square miles and involve moving off several hundred feet of overburden and dropping it into valleys.

The coal industry claims that of 1800 mining permits in West Virginia, only 59 involve mountaintop removal.

The film traces the efforts of an attorney to get the “buffer zone” rules of the Clean Water Act enforced, and his lower court victories getting overturned by the conservative Fourth Circuit in Richmond. The state and politicians, including Senator Harry Byrd, try to defend the practice of mountaintop removal as economically necessary for jobs, generating much resentment. The coal industry holds carnivals, shown in the film, to remain on the good side of the people.

The DC Festival also showed a short film “A Crime Against Creation” from the series “Renewal Project”.

thanks for sharing an awesome post, keep it up watchfreemovies