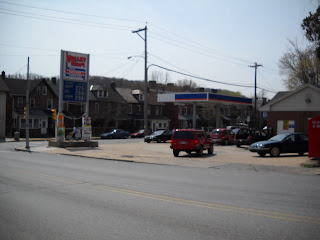 The most stable character in Atom Egoyan’s new thriller “Chloe” seems to be the “boy,” that is, the teenager Michael Stewart, played by Max Thieriot, who gives piano concerts (he plays from Beethoven’s Moonlight and Waldstein sonatas here) and plays ice hockey, and interesting combination. He is always trying to get out from under his nosey gynecologist mother Catherine (Julianne Moore). And his hormones express is a “normal” way, a fact that “bad girl” Chloe (Amanda Seyfried) can exploit when middle aged Catherine approaches her to “tempt” and spy on her music professor husband David (Liam Neeson). Set in effectively Toronto, the film builds up its puzzle pieces the way a film by Alfred Hitchcock would, with an emotive music score by Mychael Danna echoing Bernard Herrmann.

Chloe is (like “Melanie” in the NBC-Corday soap “Days of our Lives”) one of those girls who can ruin everyone she touches. In this case, Dr. Stewart falls for everything, believing all of Chloe’s yarns, and finally falling for Chloe herself. The problem is, partly, so does the son Michael, which propels the film toward a dangerous climax.

The film was partially written by Anne Fontaine, who had directed a similar French film “Nathalie”. Studio Canal produced the film (with DGC and Canada auspices), and Sony released this through its Sony Pictures Classics line, but the film could have fit any of Sony’s four brands. (For example, Screen Gems has released some adaptations of thrillers involving some family deception, such as “The Stepfather”).

I wonder what kind of film you would get if you told it mostly from Michael’s point of view, weaving in the usual classical music and team sports dichotomy.