"Burning the Future: Coal in America", earlier but perhaps even more compelling documentary on strip mining and mountaintop removal 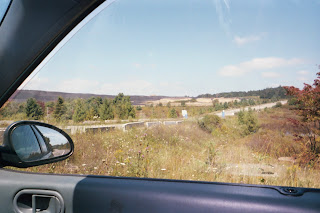 “Burning our Future: Coal in America”, directed by David Novack, from Pop Twist Entertainment and Firefly Pix (2008) is another film that examines the coal industry and with emphasis on the transition from underground mining (which it traces briefly in the beginning, with the story of a miner who raised seven kids as a single father) to mountaintop removal (there are less destructive forms of strip mining). The film described mountaintop removal as removing 300-400 feet of summit typically. Some finished reclamation efforts, with land turned from mountainous to rolling hills and flat-spot plateaus, are shown, and there is debate as to whether natural vegetation can really return.


Pretty early the film makes the point that over half of the electricity in the eastern United States comes from coal. We can’t get rid of coal and live on electricity!

The film talks about both the Clean Water and subsequent Clean Air Acts, and the way coal slurry relates to these. Even more than yesterday’s film, this film talks about the flash flood risk from coffer dams, and then goes on to cover the illnesses of the families in the coal regions due apparently to contaminated water.

At the end, there is a demonstration in New York; there are arrests; and community activism gets a clean water facility built in the mountains.

Back in 1971, I was almost arrested for trespassing taking pictures of a strip mine east of Davis, W Va (farther north than the area in this film). In the spring of 1972, I went on road trip with a former grad school roommate and looked at the strip mines in southwestern Virginia and eastern Kentucky. USCS topographical maps of many areas west of the Allegheny Front showed “strip mines” as far back as the early 1950s. But the “Big Muskie” drag lines came into use mostly in the 1970s and 1980s.

The film’s websites is here.

The short subjects on the DVD are as follows:

4 Every valley shall be exalted

And every mountain and hill brought low;

eThe crooked places shall be made 3straight

And the rough places smooth;