"The Buddha", documentary on PBS 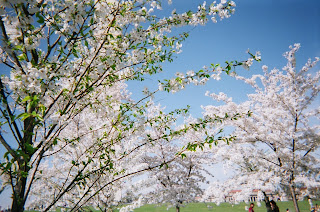 On Wednesday April 7, many PBS stations aired the film “The Buddha” (Siddhārtha Gautama) by David Grubin. The site for the film is here.


The film traces a retrogressive journey into the Buddha’s understanding of his own existence. Born into a sheltered world, he eventually tried asceticism, in order to examine a way to mute mortality. But he kept on running into paradoxes and contradictions in his thinking. Eventually, he developed his Four Noble Truths and developed a following of his own disciples.

He developed ideas like wisdom and compassion, the latter relating the inevitability that we all share some kinds of experiences.

The Dalai Lama appears in the film.

The Buddha would eventually die and deny that he would be reborn. Instead, everyone could become a Buddha.

We have turned the world into a painful place. We can overcome this by becoming Buddhas ourselves.

PBS offers “The Buddha: Meditation”, a 3 minute video, on YouTube.

In 1976, at a small theater in Greenwich Village, I saw the 1973 film by Conrad Rooks, “Siddhartha”, distributed by Columbia.
Posted by Bill Boushka at 6:55 PM