"We Live in Public": an early cult that showed how technology can make anyone "famous" 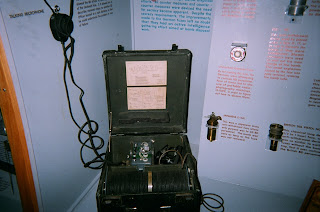 “We Live In Public” sounds like a film designed to explain the way the Internet has broken up our old sense of prudery and made us all public creatures.

The film, directed by Ondi Timoner, from Indiepix, documents the life of Josh Harris, whose system called “Jupiter” (company Jupiter research) in 1980 was a precursor to today’s Internet. In the early 90s he developed Pseudo.com as a bold experiment in video webcasting.

In 1999 he designed an underground totalitarian community, physically a kind of synecdoche, where everything was free but where everything anyone did was videotaped. Eventually the community was closed down by law enforcement. He even had a gun cache, but only under his “movie permit”. People slept in pods like those in a Tokyo hotel.

Josh’s ideas worked in the days of dialup but he didn’t keep up properly, and his ideas after social networking came along failed. The Internet world that he pioneered outgrew and “rejected” him. Other very well known companies became good at collecting data from people, especially their surfing and online purchase habits, but Harris never quite caught on. Harris believed that everyone needed to be “famous.”

Josh spent his down time running an apple farm, and then in Ethiopia, where there was no communications technology.

The film was previewed at Sundance in 2009 and Josh refused to watch it there.

The official site for the movie is here.