"To Catch a Thief": the famed director's first VistaVision "masterpiece" 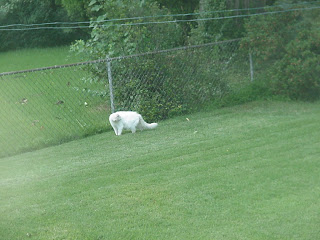 “To Catch a Thief” is said to be the only film directed by Alfred Hitchcock still completely controlled by the silent “Paramount Mountain”. It was the first of five films that the director would make in Paramount’s VistaVision (“Motion Picture High Fidelity”) intended to be the company’s answer in the 1950s to Cinemascope. Hitchcock did not like Cinemascope as he said that it interfered with closups, and the DVD notes say that even in VistaVision some close-up shots resulted in blurring of the romantic Riviera background scenes.

The Technicolor is garish and a feast for the eye, most notably in the concluding masquerade party sequence. But there is a romantic scene between Cary Grant and Grace Kelly where the camera moves from the bed to an outdoor fireworks display, with a fascinating emphasis on blues and violets in the light streams.

The DVD, with several shorts about making the film (including a piece about Edit Head), explains how the script (written by John Michael, adapted from the 1952 romantic thriller novel by David Dodge), shown manually typewritten in the indented industry format, had to be submitted formally to a board for production code approval.

The DVD also explains how seriously the famous British director took his obligation to entertain us for the money we paid. Every film sets up a unique situation with plausible characters in puzzling situations, and in some cases we’re surprised that he can get us to identify with a character whose “character” (pun) is less than sterling. So it is here. Cary Grant plays James Robie as a “reformed” former cat burglar (the movie uses a real cat on a roof to make the visual analogy) who is suspected when there is a series of heists on the French Riviera. The criminal is quite determined to get into homes (foreshadowing a later thriller “The Anderson Tapes”). Robie does make a romantic connection to Frances (Kelly) who first believes him guilty (if not “notorious”) , but it’s the insurance agent (John Williams) who turns out to be the parody character (he calls insurance a kind of gambling) for a whole business paradigm.

The film does indeed anticipate the style of “Vertigo” (there is even a similar scene involving heights), but for me it seems a bit less compelling.