"Prodigal Sons": a layered, reality family drama with a certain irony in presentation 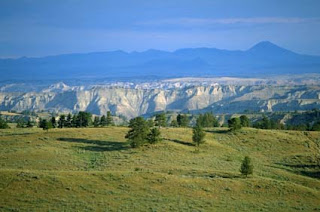 Since much of the film takes place in Montana (and uses the scenery well), I’ll mention an incident: In May, 1981, I was driving a rental car and heard on the car radio an announcement of a motel seminar in Helena on “Feeling good about yourself.” I turned on the highway and went – encountering 4 inches of snow when I got there at the Comfort Inn. I wouldn’t see the Treasure State again until 1998.

The film starts with trangendered Reed, having changed her name from McKerrow, going to a 20-year high school reunion in Helena, coming from her editing job in New York. We learn the story of her family: she was the first naturally born child as a boy, and even a high school football star, and much better student than her adopted older brother Marc. She also has a gay younger brother Todd. But the movie gradually turns into a story more about Marc then the other two. He was a grandchild of Orson Welles and Rita Hayworth. He was hyperactive as a “normal” heterosexual kid, but was seriously injured in a car accident at 21. The head injuries had a delayed effect, as he gradually developed a kind of dementia. We know that post-traumatic dementia is a serious problem for pro football players and boxers.

At midpoint in the film, when overseas, Marc does a “show and tell” about the family, and Kimberly resents his inclusion of pictures of her in the past as a boy. She thinks it is insensitive for him to include her past in telling his story. But as a filmmaker, Kimberly must turn the tables herself, although Marc wants his story told. The film goes into intense reality mode, filming a critical family confrontation eventually requiring the authorities. This is real life family drama as it unfolds and is caught by the camera; it is not acted. (You wonder how the camera is kept from being intrusive.) Some of the language (in the confrontation) does deal with what it means in some people's minds to be "normal" or "moral" according to the Bible as some people read it. The "reality" of the drama gives this film the feel of a Kathryn Bigelow movie (like "Hurt Locker" or "Strange Days", where the effects are acted).

Marc has an unusual gift for music in the film, sometimes improvising on the piano; the music has some substance and is mentioned in the credits.

Kimberly presents her change, while living in San Francisco, as complete. The old person ceased to exist and was replaced by the new, with the same "body" (and conciousness of experience) having custody. It's a curious concept about identity, that a body can host more than one during a life.

The official website from First Run Features is here.

One could compare this film to Lionsgate's "Brothers".

Picture below: piano internals at Freddie's in Arlington VA. 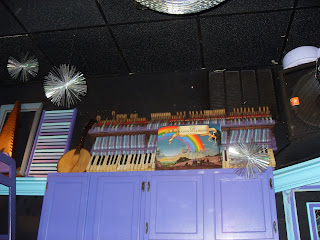 See my "drama blog" Aug. 9, 2009 for a Church presentation of the Prodigal Son story.

Here is a link to the iPhones store source for this film.
Posted by Bill Boushka at 10:51 PM