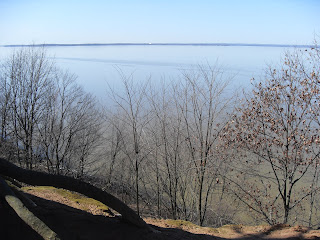 Park chan-wook (S. Korea) made a trilogy of films called “Vengance”. In 2003, I saw “Oldboy” at a Landmark theater, based on the bizarre concept of keeping a kidnapped man locked in a hotel room for fifteen years.

The first of the films is “Sympathy for Mr. Vengeance” (2002) (“Boksuneun naui geot”). The film explores several moral concepts before the plot becomes complicated and violent. Ryu (Shin Ha-Kyun) is a deaf mute, fond of an older sister (the “mandatory loyalty to blood” theme) who needs a kidney transplant. He’s not a suitable RH match, but a crooked businessman offers him money and a suitable kidney if he will donate his anyway. The crook reneges, and a complicated, almost Shakespearian, plot of revenge follows after Ryu is fired from his job. He has a left-wing “revolutionary anarchist” girl friend Cha Young-mi, with whom he plots to kidnap a member of his former boss’s family (again, family vulnerability). There follows a series of violent traps and developments.

Park makes his films anamorphic and fills the eye with lots of scenes drawn into abstraction (like the medical scenes or the oceanfront scenes), almost as if the story took place on another planet. Occasionally he mentions other ideas, like the idea that Ryu’s sister had to be able to pay for her transplant, or else stay in hemodialysis, tracking to the health care debate today.

I do wonder about the "left-wing" ideas in a South Korean film (with Seoul on great display), with North Korea menacing the country.

The trilogy is distributed by Tartan films.

On April 20, 2007, movie critic Stephen Hunter of the Washington Post wrote a column "Cinematic Clues To Understand The Slaughter: Did Asian Thrillers Like 'Oldboy' Influence the Va. Tech Shooter?" For link, see file "mfest" on my "doaskdotell/movies" site.
Posted by Bill Boushka at 8:06 PM