"Marley & Me": as much about journalism as about pets & family 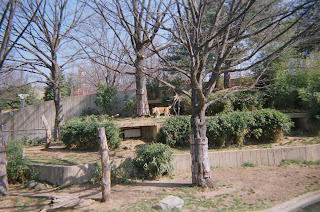 Well, David Frankel’s extended 2008 comedy “Marley & Me” for 20th Century Fox certainly gives equal time for dogs (when ABC 20-20 did so for cats). And the huge pooch, Marley, is indeed a “human dog”, not like others, and he holds the budding family of John Grogan (Own Wilson) and Jennifer (Anniston) together. This is supposed to be about "life and love with the world's worst dog."

Owen movies his bride after a wedding spring blizzard in Michigan to Florida, where the story will launch. But the curious twist comes in Owne’s career. His boss in Florida, Alan Arkin, encourages him to become a columnist – essentially a paid blogger – except that Owen writes on pencil and pad. His own life with Marley makes for a great daddy blog, the opposite of Heather Armstrong.

When he moves back to Michigan and snow, the tables turn, as up there the boss wants him to go back to objective journalism, without putting so much of himself into it.

You see the DVD for this film available and displayed prominently in practically every 7-11 and every Rite-Aid these days. It brings to mind the indie film “The Dogwalker” (reviewed here Sept. 2006).