"Julie & Julia": a movie about cooking, and blogging (as if the twain meet) 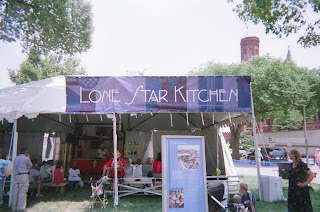 “Julie & Julia” is said to be the first major motion picture (from Columbia Pictures) based on a blog, although there is more to it than that; there is a book based on the blog, too. I guess the order of names in the title matters, too. Start with recent history first.

The movie, directed by Nora Ephron and based on the book/memoir by Julie Powell and “My Life in France” by Julia Child, tells the story of two women, separated by decades, who cook and write about their cooking, and whose lives gradually come together.

Julia Child (Meryl Streep) had started cooking in 1949 (visually the movie opening reminds me of “In Praise of Love”) while married to a diplomat, played by Stanley Tucci. In 1961, she had a book “Mastering the Art of French Cooking” published. At one point in the flashbacks, the husband is questioned about his loyalty under McCartyistic proceedings, and even asked if he is a homosexual.

Julie Powell (Amy Adams) has a job in a call center helping victims of the 9/11 attacks. She decides to cook every recipe in Julia’s older book, and then decides to write a blog about it. There is an interesting conversation with her husband (Chris Messina) where she explains what a blog is (the movie even shows her learning to use Blogger) and why someone would write something, for no pay at first, for strangers to find through search engines and read. Is it just vanity? But she will blog only about her cooking, and meet her goal of trying every recipe, one a day, for a year, and reporting on it. Even Julie’s mother objects to her exposing herself to the public this way for no obvious personal gain (as other family members understand it). Later her husband feels that the blog is taking over her life and affecting their marriage. Julia's boss warns Julia not to talk about work in her blog, and her husband warns her not to talk about their marital fight on her blog. The potential that she could, with no one stopping, exists in theory however. Julie does mention at one point that no one needs to approve of or review what she does.

The issue of book publication is covered, with both books, decades apart. When Julia gets published, she first talks to another writer who used a “subsidy publisher” with another cookbook, which did sell, but then this other author would get swindled by a second publisher. Julie’s publication gets interesting, as publishers consider breaking the long book up into many volumes.

Cookbook and recipe publishing poses its own issues, including those of copyright (what makes a recipe new?) There have been some self-publishing events with cookbooks, however, as with “The Dove’s Nest”, from a restaurant in Texas.

There are some other interesting visual concepts, such as a black-and-white flashback of Julia that reminds me of the old 1950s program “Homemaker’s Exchange”.

Sony's official site for the film is here.

The film bares no obvious relation to Fred Zinnemann’s 1977 film “Julia” about Lillian Hellman, a film which got an ovation from the audience when I saw it in NYC on the Upper East Side when it came out.

And there’s no real connection to Fellini’s “Juliet of the Spirits” (1965) from my own coming of age days.


Picture: from a Smithsonian Mall exhibit on Texas cooking, part of Folklife Festival, 2007. 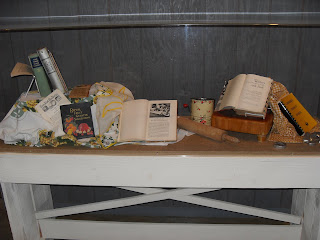