"Green Zone": as a CWO, Matt Damon gets to question "Bush's Brain" 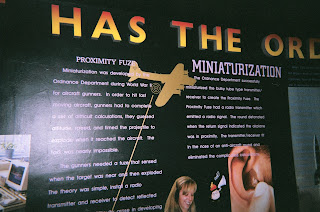 I recall Colin Powell’s presentation at the United Nations in Feb. 2003 on the evidence of Saddam Hussein’s supposed possession of weapons of mass destruction (or the ingredients of them), and believing it. I was at an IFP function at the Byrant Lake Bowl in Minneapolis the night that the “shock and awe” in Baghdad started, and we watched CNN on a video feed after our indie films.

I even believed that we would eventually find something (some people say we did), and I had bought the line that Saddam Hussein had been “the most dangerous man in the world” in the 1990s.

Then tonight (March 13) Wolf Blitzer interviewed Karl Rove (“Bush’s Brain”) on CNN Situation Room, and insisted that indeed George W. Bush did not lie, that we merely had faulty intelligence.

The film “Green Zone”, directed by Paul Greengrass (“United 93”, in 2006 from Universal), based on the book "Imperial Life in the Emerald City: Inside Iraq's Green Zone" by Rajiv Chandrasekaran, starts off with Matt Damon (now a Jack Benny 39, with a 20 year old body) as Chief Warrant Officer Miller, conducting sweeps for WMD sites shortly after the “shock and awe” start. But it’s “three times in a row” that they find nothing. You wonder how a CWO is in a position to gumshoe the authorities on his own, but he does. In time, he is talking to CIA operatives and civilian authorities (Jason Isaacs and Greg Kinnear) and a female journalist, and, in a surprisingly palatial hotel room in the Green Zone (with combat just outside), Googling for info on the WMD’s (“I’m feeling lucky”). I wondered if the movie was going to a show a page from my own “do ask do tell” site because it could pop up. He also has to manipulate a few Iraqi operatives and deal with the political fallout from Bush’s decision to derank all members of the old Iraqi military, which competent Army people realize the US will still need to install stability.

He does uncover a "plot" to invent the stories of WMD's, from operations in Jordan, and then questions how the U.S. can ever be trusted after the administration says "we won." I remember when I was in Minneapolis that the American Experience, a conservative group, did a presentation on the supposed evidence of Saddam's WMD's.


I saw it in a smaller auditorium at a Regal in auditorium, and the stereo in the back did not work; this is not a film that works well in theaters that crop their smaller screens from the top. Try to see this on as big a screen as possible. It was filmed in Morocco (although Baghdad is well recreated with CGI), Spain and the UK.

For official site, go to Universal (here) let the Wagnerian fanfare play,and then look for Green Zone on the left side. I love the “lights on” behavior or method on their trailer page (check your java programming manuals).

I did wonder what would happen if the Miller character were openly gay in a future situation like this (after repeal of DADT) and still tried to work covertly gathering intelligence as he does in the film. Such a scenario could be tried in another film, a challenge for screenwriters. There is a scene where a military intelligence unit displays the sign "Honor Bound" and I wondered if that was a covert reference to gay midshhipman Joseph Steffan's book by that name.

The film is more in the style of a TV series thriller; it is not quite as "in your face" as is Kathryn Bigelow's "The Hurt Locker".


Picture: from the USArmy Ordnance Museum in Aberdeen MD, an explanation of proximity technology in air force operations during WWII, but the film has the same idea with choppers, brought up to date (the ability to identify targets with GPS from choppers is stunning).
Posted by Bill Boushka at 4:55 PM