"Amelia" from Fox Searchlight, is rather tame period spectacle about early aviation 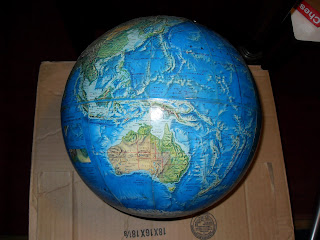 The film “Amelia”, about the pilot Amelia Earhart, from Fox Searchlight and directed by Mira Nair (DGC), was given a lot of hype in previews last fall in arthouse theaters, and it actually comes across as a rather scenic spectacle, particular with the flight scenes over Africa. The schmaltzy music score by Gabriel Yared contains a horn motive that reminds one of Mahler’s Wunderhorn music.

Hilary Swank plays Amelia, who as a young woman took up flying over Kansas (in 1928) and who said “who wants to go through life playing it safe.”

She marries businessman George P. Putnam (Richard Gere) who will recruit her into transatlantic flying, leading to tickertape celebrations. There is also a romance with Gene Vidal (Ewan McGregor), eventually father of gay author and prolific satirist Gore Vidal.

The last sequence, where she gets lost over the Pacific while trying to fly around the planet, is low-key.

The film seems like a cross between a PBS docudrama and a Lifetime film.