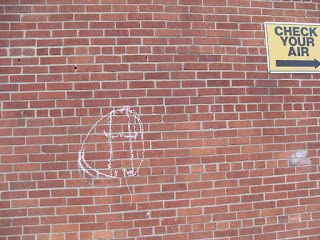 The Weinstein Company, Genius Films and PBS teamed up to produce the 2007 documentary “Pete Seeger: The Power of Song”, directed by Jim Brown, about the controversial activist folk singer who gave us “Turn, Turn Turn” and “If I Had a Hammer”. The singer, born in 1919, is now 90; much of the film is told through interviews with his kids.

Seeger was attracted to idealism – the labor movement and early calls for non-discrimination, and joined the Young Communist League in 1936. The film shows footage of some of the protest marches from the Depression era. His songs and activism caught the attention of government even before the US entered WWII, although it had theoretically banned discrimination in government contract work in the summer of 1941. Seeger opposed the draft, but eventually served in the Army, first as an airplane mechanic but got to entertain American troops. He also was active in saying that the military should integrate, which would happen under president Truman in 1948 (as in the HBO film “Truman” with Gary Sinese, 1996). That’s worthy to note today as the debate on the military gay ban and DADT heats up.

Seeger would get called before the House Unamerican Activities Committee and even be threatened with prosecution. The film mentions his being served one day by a G-man who just drive up to his home. We’ve covered the purges of McCarthyism already with the story of Dalton Trumbo.

At the end of the film, Seeger is honored for his lifelong activism. (The Wikipedia article on him mentions David Boaz (Cato Institute) criticizing him in the Guardian with a piece called “Stalin’s Songbird.” )