"The Ghost Writer": why an intellectual becomes a politician, and why a writer doesn't use his own name 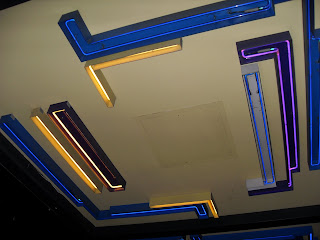 Well, the new Roman Polanski film “The Ghost Writer” dramatizes a concept of “writing” as a profession that is the antithesis of my own experience. Ewan McGregor plays “The Ghost” with no other name, who writes for other public figures, and keeps a low profile himself. That would mean no blog, no Facebook page or website under his own name, no online “friends”.

He is hired by a well-capitalized publisher to ghost-write former British Prime Minister Adam Lang’s (Pierce Brosnan) memoirs. That means going to his island retreat off the coast of Massachusetts (sound familiar?), for $250000 plus expenses. Soon, he learns that the poor chap who had the job before him drowned, and was probably murdered.

There’s other interesting stuff. He has to work with the typed manuscript (the flash drive copy is password protected) for security reasons. Pretty soon, his life will intertwine with Mrs. Lang (Olivia Williams) and the assistant (Kin Cattrall). But some of the problem becomes very public: CNN (this movie uses real companies) is broadcasting a story that Lang will be tried at The Hague for war crimes for authorizing extreme rendition (probably without pie charts).

The movie obviously invites comparison with “Shutter Island.” Well, DiCarpio could have carried the role of the Ghost, except that it had to go to a Brit (or at least a Scot). We bond with McGregor’s character in this movie even more than we did DiCaprio’s – he seems to be a Renaissance Man, with no family (he denies that he is gay, and that was unnecessary). This film is tighter, more European, and curiously more focused even if it takes place in more locations (some of it is in London, and The Ghost gets to wander the Island and even make the Massachusetts mainland). To me, it seemed closer to the style of Alfred Hitchcock, although that director would not have used Cinemascope.

The film is a UK-German-French production, and Roman Polanski (because of his legal problems in the US) would have had to film the island scenes in Europe, probably in northern Germany. The movie even has a lighthouse (that’s probably just a coincidence). The film is distributed by the innovative Summit Entertainment, which seems to like socially challenging fare. Summit’s official website for the film is this. I saw this at the Landmark E Street Cinema in Washington DC Feb 27 at the early evening show in the largest auditorium and it sold out. The audience seemed to enjoy it.

The premise of the movie (based on the 2007 novel by Richard Harris) is a little hard to believe – as bad as the Bush administration got, I don’t know if it goes back to pre-Ellsberg days. At one point The Ghost is told that by helping the Prime Minister write his press releases he is becoming an "accomplice" (as if that were what the career of a "writer" were all about). There’s a great book-signing party at the end (I’ve had my share of those), and then, well, umph! (no final spoiler).

So I am left to wonder what happens if one writes one’s own memoir and makes oneself a public figure in the process. I could make “Do Ask Do Tell” work as a movie because there are still some personal spoilers left that I can work out only if I finally do make a movie of it. And the story (all of it true) will be as bizarre as this one. In fact, my life is the antithesis of Lang’s (and even of the Ghost’s): the movie poses (and answers somewhat) the question, why an intellectual becomes a politician, and why a writer keeps a low profile. That issue came up in an unflattering review of my own book on Amazon.

Here’s “Gab’s” review on YouTube. She says he “put the finishing touches” on the film from his prison cell.