"An Education": music, reading English at Oxford, and teenage temptations 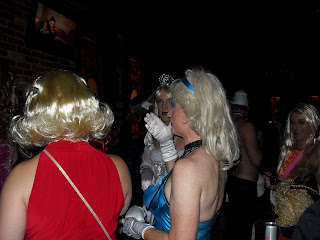 The memoir of Lynn Barner and adapted screenplay by Nick Hornby provides a British 60s “period” comedy, touching many areas, in a film by Lone Scherfig, “An Education”, a big looking, full widescreen film from Sony Pictures Classics.

Jenny (Carey Mulligan), 16, attends a stuffy prep school for girls as her parents (Alfred Molina and Cara Seymour) push her toward an Oxford education. She is talented with the cello, playing Elgar (the Third Symphony is excerpted – popular in the 50s but rarely heard today), along with Ravel’s Fantasy. She has a very nice teen boyfriend her own age (Matthew Beard) from the school orchestra whose company her parents encourage. They imagine that she could marry a famous author like CS Lewis (I chuckled at this one) as the book “The Lion, the Witch and the Wardrobe” (a Disney movie a few years ago) figures into the script.

But she meets the Jewish, fortyish real estate man David (Peter Sarsgaard) who sweeps her away, meeting her on the street by offering a ride for her cello! We learn he is a bit seedy: he makes a living by busting neighborhoods and going in and buying up abandoned flats for low prices. He sweeps her away, offering her a whirlwind life in Paris and other continental places, aiming to “have fun”. He picks up a banana as a metaphor for ending her innocence.

Will she be able to “read English” at Oxford after throwing it away? We’ll see. The movie stays within PG-13 territory, but just barely.
Posted by Bill Boushka at 5:18 AM