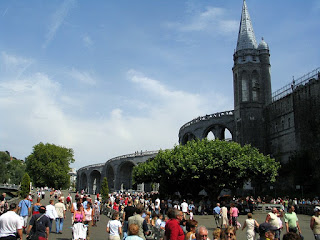 “Impromptu” is a French-British-American film made in 1991 about the supposed replationship between pianist/composer Frederic Chopin (Hugh Grant) and novelist George Sand (Judy Davis), aka Amantine-Lucile-Aurore Dupin. Somewhat like English novelist George Elliot, “Sand” had to pretend to be a man to get anywhere with her life as a writer. (I don’t know if her ideas are quite as challenging, as Elliot’s novels really generated beaucoup period-piece movies and often dealt with troubling ideas like the “dead hand”).

The movie has many of the plot elements of period-piece court dramas, this one filmed entirely in France, and reproducing the world of the 1830s that was just beginning to see that some day the class distinctions would lead to more than just a “Michael Moore” style rebellion – and revolution. (There’s a curious scene where kids are playing “it” in the woods, with the trees in perfect French alignment.)

The Countess Marie d’Agoult, mistress of Franz Liszt (Julian Sands), wants to stop Sand from having this “pseudo-gay” relationship, and intercepts a letter from Sand. The movie then uses a plot device known from Hamlet, the “play within a play”, as a satire (of the decadent bourgeoisie) by Alfred de Musset (Mandy Patinkin).

The plot twists lead to a couple of stylish duels, which are not friendly wrestling matches. Sand steps in and finishes one for Chopin.

Hugh Grant, however, makes Chopin seem a bit more robust than Liszt; it’s hard for someone like Grant to seem frail. There is a lot of Chopin, Liszt (the Dante Sonata, during a duel) and Beethoven (a four-hand reduction of the Pastoral Symphony) in the music score. The best Chopin music is the G minor Ballade, which Chopin himself “practices” (verifying his manual composition process) in a salon in a crucial scene. That music, remember, figured in a climactic scene with Adrian Brody in Roman Polanski’s “The Pianist” (2001), as well as in the 1961 Dutch horror film “Mill of the Stone Women”.

Certainly, the movie leaves the impression that some of Chopin's music is virile; it's not always the manipulative salon music that sometimes it sounds like when performed artificially. I once suggested that the EB show Everwood should have let the prodigy Ephram (Gregory Smith) audition after all, and should have opened a season with his performing the passionate G Minor Ballade (or maybe the first movement of the B-flat minor Sonata, or maybe the C# Minor "Scherzo"). Or maybe WB finally makes a movie based on the show, and opens with Ephram's friend Kyle getting the audition.

The DVD is distributed by MGM and the original picture was an Orion Pictures release (with Governor Films and Sovereign Productions).

Attribution link for copyleft picture of Lourdes, France Cathedral, Wikipedia. I visited Lourdes in May 2001.

Here is the CNN account (by Maureen Miller for Anderson Cooper's 360 Program) of the situation regarding Roman Polanski's arrest in Switzerland and possible extradition to California for an offense in the late 1970s. AC360 gives you the chance to join the blog and make comments (you can make them here, too, as long as they're "constructive").
Posted by Bill Boushka at 8:02 PM