Soderbergh strikes out at Sony with "Moneyball": a bad omen for movie creativity: A-List support is not enough 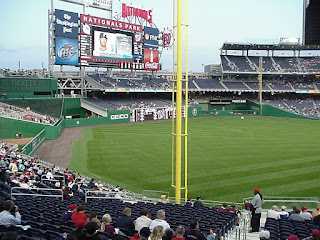 Major studios are getting increasingly skittish about unconventional film projects, even when backed by major stars.

Michael Cieply has a front page story in the Thursday July 2 New York Times about Sony’s pulling the plug on “Moneyball” despite the presence of Brad Pitt as the star and Steven Soderbergh (“Traffic”). The story title is “Money Worries Kill A-List Film at Last Minute” and the “most viewed” frame on the Times website identifies the story as “Moneyball: Strikeout, or in extra innings?” The story link URL is here.

But the news story ends with a note that the production, though shooting had been delayed, might be back in business, with the team looking for a new director.

The film (the title reminds me of “Rollerball”, which has been made twice – the 1975 Norman Jewison version “There will be Rollerball” was prescient enough about future corporate America) deals with how the Oakland Athletics tried to build a team with less expensive players.

The concept seems necessary for the Washington Nationals now, who, at 22-54, could wind up as bad as the 1962 Mets. In fact, I could imagine a movie “First in War, First in Peace, Last in the American League” and trace the 1950s Senators (the 18 game losing streak in 1959) and the “New Senators” and how they wound up in Minnesota and Texas (remember Bob Short and that last forfeit to the Yankees?)

Sony had apparently spent $10 million in script development and location scouting, with screenwriter Steven Zaillian. The total budget was to be about $57 million, low for studio films, at the high end of independent (“Landmark Theaters”) films typically cost. (Many are much cheaper: Shane Caruth’s time-machine-driven “Primer” was made for just $7 K in Dallas).

The story suggests that studios are becoming wary of investing in riskier concepts and mentions “Michael Clayton” and “Benjamin Button” as films that would be harder to finance now.

My own interest in this, of course, comes from my own “Do Ask Do Tell” book and material. I do have some pretty definite ideas as to how it should be rendered on screen and it wouldn’t cost $10 million for script development. (Put me up in a high rise condo in Toronto, Vancouver, LA, or maybe Madrid or London [even Bilbao], wherever, and pay me what I was making in IT when I retired, adjusted for cost of living, and I can do it. It’s more like $125000, not $10 million. It’s much cheaper.) But somebody who would like “Michael Clayton” or “The Will Be Blood” or “Atonement” (or, for that matter, “Slumdog Millionaire” or even “Crash”) would like “Do Ask Do Tell.” And then watch the “real” don’t ask don’t tell policy fall like a house of cards.

Here's another idea for a future film title "Make the A-List". Oh yes, there is a script.
Posted by Bill Boushka at 6:36 PM