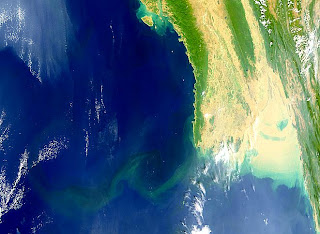 HBO Documentary, Oscilloscope and Magic Hour, and Danish director Anders Ostergaard (and some UK interests) have made and distributed a riveting docudrama or “reality” (smuggled) video account of the Monks’ protest in Myanmar in September 2007, “Burma VJ: Reporting from a Closed Country” (“Burma VJ: Reporter I et lukket land”). The website is here. The narrator, a gonzo journalist speaking English with an odd monotone accent, tells of the military junta government’s crackdown: curfews, banning of assemblies, attacks on crowds (and killings of monks), and closing off the Internet, while journalists try all kinds of satellite devices to get their story out.

At the very end of the film the cyclone of May 2008 at Iddywaddy is shown.
Afterward, at Landmark E Street Theater in Washington (sold out Friday early show) the director of a democracy for Burma organization spoke, and talked especially about the profits from a gas pipeline of a company bought by Chevron. This reminds me of the issue of the attacks in Nigeria of pipelines by “radical” groups.

In 1995, John Boorman directed "Beyond Rangoon" for Columbia; back in 1954 Robert Parrish had directed the tense "The Purple Plain" for J. Arthur Rank and MGM.